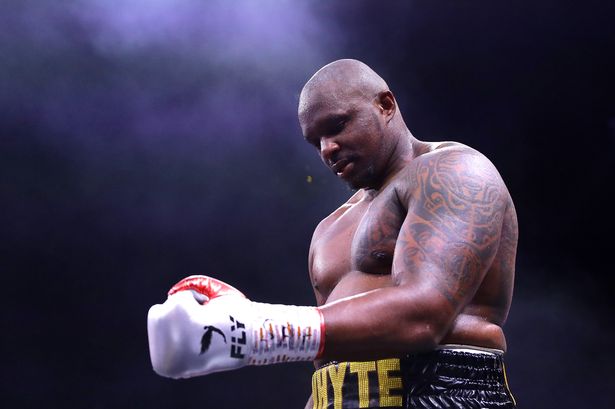 Dillian Whyte says he is devastated after cacellation of his fight agaisnt Wallin.

Dillian Whyte is “devastated” by the cancellation of his clash against Otto Wallin after he suffered a shoulder injury.

The Brixton man has been forced to withdraw from his WBC interim title defence against Wallin, which was scheduled for Saturday October 30.

Whyte is currently the front runner to challenge WBC champion Tyson Fury, who was ordered to make a mandatory defence against the WBC interim champion earlier this month.

Speaking after the cancelation of the fight Whyte said.”I am devastated as I had a great camp, was in great shape, and had great sparring.”

“I was looking forward to knocking Wallin out and would have done so in the first half of the fight.

“I am devastated about not being able to fight on October 30 but I want to thank everyone for all of their support.”