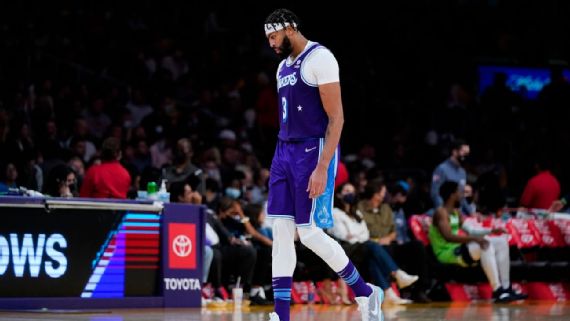 Anthony Davis have ruled out is side out of this year Championship after an embarrassing defeat.

LA Lakers player Anthony Davis have ruled out is side out of this year Championship after an embarrassing defeat to the Minnesota Timberwolves.

Lakers were defeated on Friday night 107-83 by the Minnesota Timberwolves that was largely determined by a third quarter in which his team was outscored 40-12.

“We sucked,” Davis said when asked about the third. “No defense. Can’t score. That’s not just this third quarter, it’s every third quarter we’ve played this season. We come out slow, lackadaisical offensively and defensively. We got to get it together. Why? I can’t tell you. But we got to do a better job.”

Including the mauling at the hands of Minnesota, the Lakers have been outscored by 83 points in the third quarter this season, according Stats & Information. It’s the worst points differential by any team in any quarter this season.

“We got to decide who we want to be. A championship team? That’s not us right now,” Davis said.

“We’re not winning a championship the way we’re playing. We got to be better, and we got to care more for our wins at home. Wins in general. That was embarrassing.”