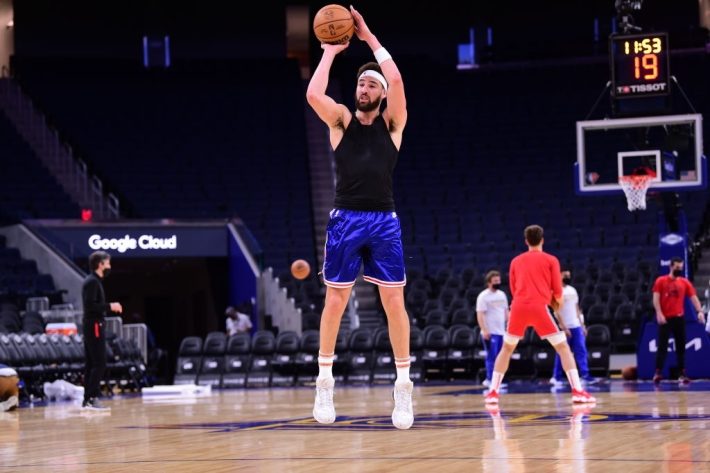 Golden State Warrior swingman Klay Thompson has been cleared for full contact as he continues rehab.

The Golden State Warriors swingman Klay Thompson continues his rehab from a torn Achilles he suffered in 2020 and has been cleared for full contact.

Golden State Warrior coach Steve Kerr stated that Thompson was involved in a 5-on-5 on Monday and he will also play against on Wednesday.

“He played 5-on-5 [Monday] and then I think he’s going to play 5-on-5 [Wednesday],” Warriors coach Steve Kerr said after Tuesday’s 117-99 victory over the Brooklyn Nets.

“James [Wiseman] did not play. He hasn’t been cleared yet for 5-on-5, but Klay did, and I got good reports and he’s got to keep going. A two-year absence requires a lot of work.

“Not just a rehab, but the endurance, the strength, so it’s great that he’s playing 5-on-5 but it doesn’t mean he’s going to be ready to step on an NBA floor next week or something, but he’s progressing really well.”

One of Thompson team mate Draymond Green stated that the anticipated return of the star is huge.

He added that the team is looking forward for the return of Thompson as it will boost the moral of the team.

“It’s huge,” Warriors forward Draymond Green said of Thompson’s pending return. “From a mental standpoint alone, just huge. So I think it also helps with the way other teams view you as well. So we’re looking forward to getting him back.

Thompson tore an ACL during Game 6 of the 2019 NBA Finals, and an Achilles in November 2020 as he has been working out consistently inside the Warriors’ practice facility in recent months while giving teammates and coaches a lift with his presence.

Warrior guard Stephen Curry stated that he doesn’t know much about the details of Thompson as they have not spoken since the start of the road trip.

“I don’t know much about the details,” Warriors guard Stephen Curry said, noting that he hadn’t spoken to Thompson since the start of the road trip.

“I’ve seen him obviously working out, and he looks good. I knew there was a reason he stayed back, to make the most of his rehab process, so I’m glad to hear he’s continuing to make strides.” 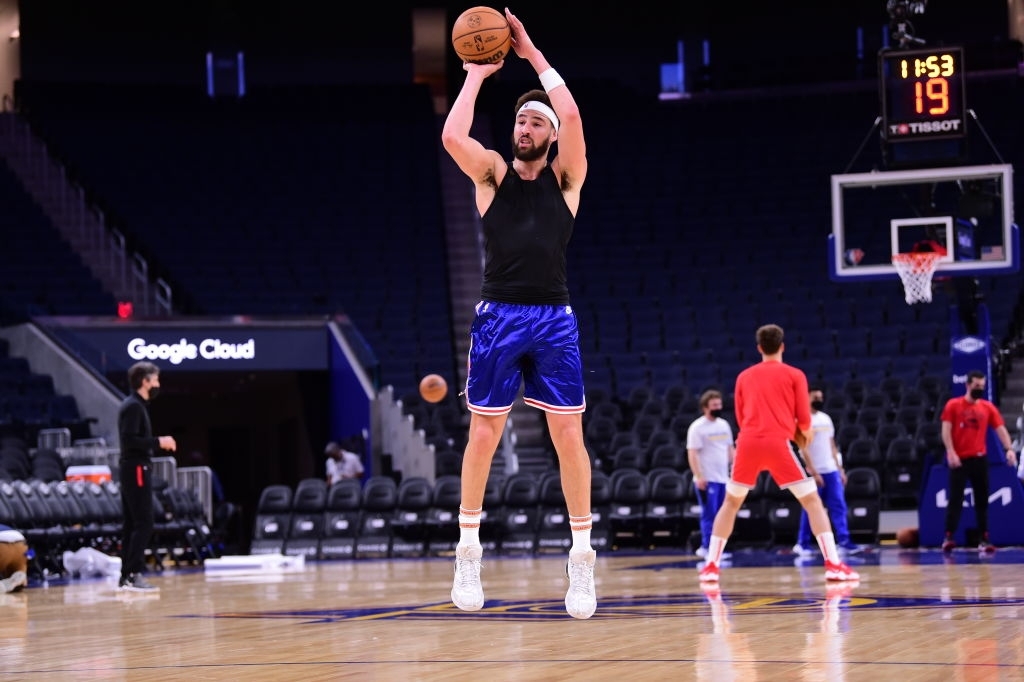